Dive deeper into the minds that are making a difference. Listen to find out what ticks them as they share their perspectives, insight, knowledge, wisdom and experiences on subjects that matter. Join us on these engaging and intellectual odysseys with the luminaries of leadership, governance, democracy and public policy.

Dedicated to the 40th Birth Anniversary of His Majesty The King 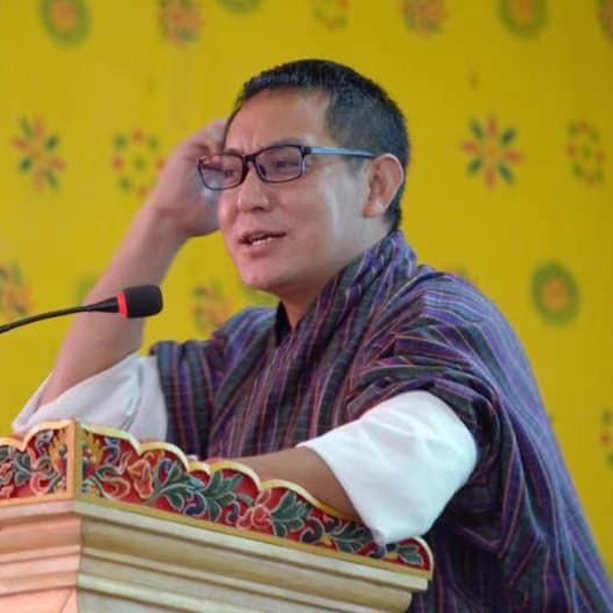 This is the final episode of the series by Dasho Dr. Sonam Kinga on the institution of Bhutanese Monarchy. In the two previous episodes of this series, Dasho provided a comparative perspective on Bhutan as a Monarchy and talked on what makes Bhutan’s Monarchy modern as opposed to the general perception of the institution as being outdated.

In this final episode of the trilogy series, Dasho will reveal the lesser known facts on the short, yet very important text of the “Genja” or the contractual agreement of 1907 that defined Bhutan as a modern monarchy and changed the course of Bhutan’s history forever.

Dasho explains the format and significance of the Genja in Bhutan’s history and provides his analysis on the symbolism and the content. By the end of the talk, we will get a better sense of why the unanimous enthronement of Gongsar Ugyen Wangchuck as the First Hereditary King in 1907 was an answer to the collective aspirations of the Bhutanese people.

According to Dasho, the three historic events in the formation and development of the Bhutanese nation-state—the promulgation of the Pelden Druk Zung by Zhabdrung Ngawang Namgyel, the founding of Monarchy, and the introduction of Parliamentary Democracy—all during times of peace and stability, is something very unique to Bhutan.

As we eagerly look forward to watch the LIVE National Day address of His Majesty The King tomorrow from the magnificent Punthang Dewai Chenpei Phodrang, what can be a better reminder of the historic event that took place 113 years ago in the same place where Gongsar Ugyen Wangchuck was enthroned as the First King of Bhutan and the historic Genja was adopted that laid a secure foundation for Bhutan’s future.

We hope you’ll be able to better connect with our history, and gain a deeper understanding of the essence of our National Day by the end of the talk.

As we celebrate our 113th National Day tomorrow, RIGSS joins the nation to offer our deepest respects and gratitude, and humble Tashi Delek to the Wangchuck Dynasty for all the sacrifices and extraordinary leadership that have greatly shaped the destiny of our beloved country and her people. We wish all Bhutanese a Very Happy National Day la. 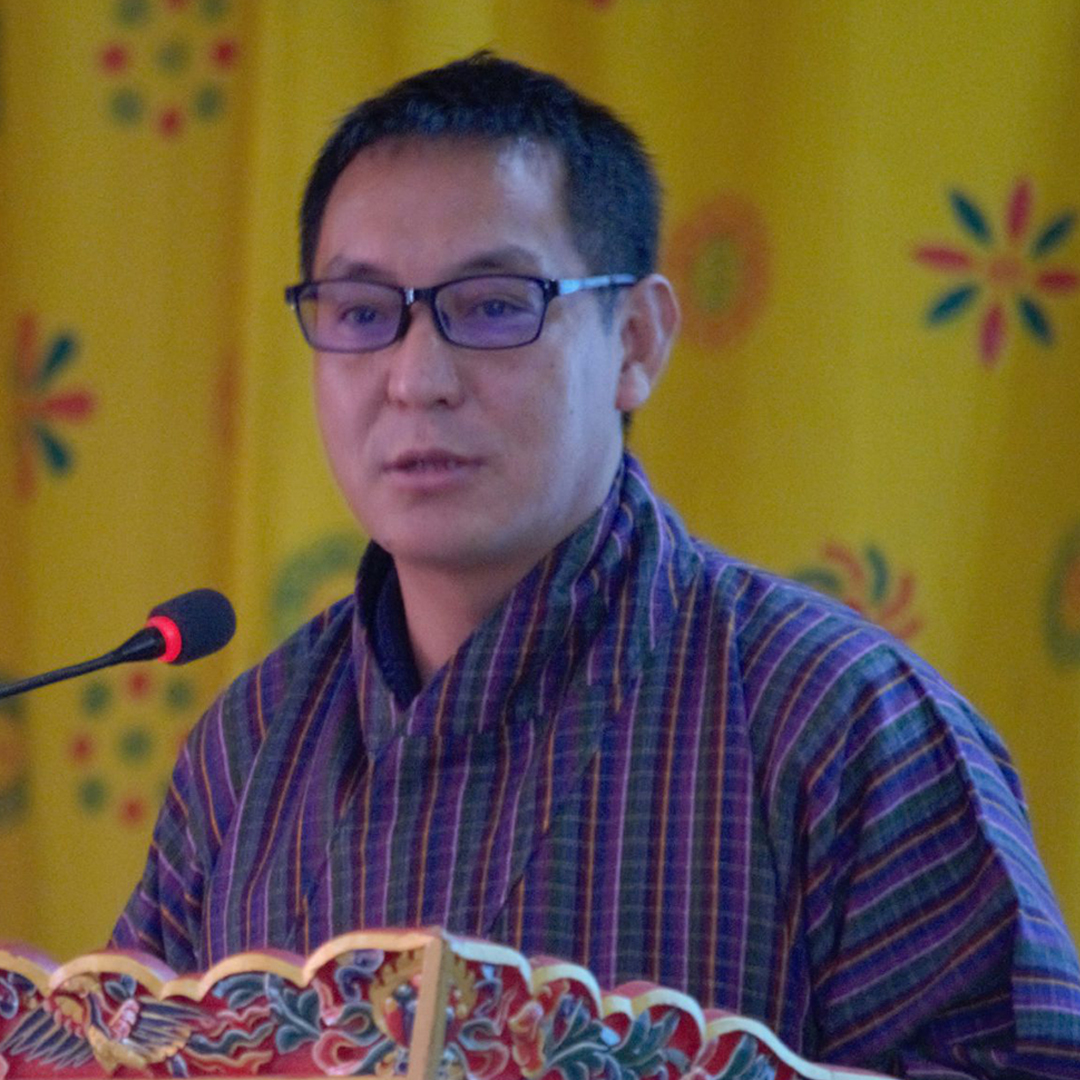 The Modernity of the Bhutanese Monarchy

In this episode of the trilogy series on the Institution of the Bhutanese Monarchy, Dasho Dr. Sonam Kinga talks on “The Modernity of the Bhutanese Monarchy’ and questions prevailing ideas of monarchy as ancient, divinely ordained, feudal and irrelevant for modern society, and explains that the Bhutanese monarchy, on the contrary, is modern in ideological foundation and institutional design. He unpacks many assumptions and simplistic accounts of monarchy which are based on western experiences and then demonstrates the complexity surrounding this institution.

His comparative approach enables us to develop a deeper understanding about many aspects of our monarchy which were either unknown to us or taken for granted.

We hope you will find this episode educative and enlightening to gain a deeper understanding and appreciation of why and how Bhutan’s Monarchy is dynamic, modern and one of a kind. 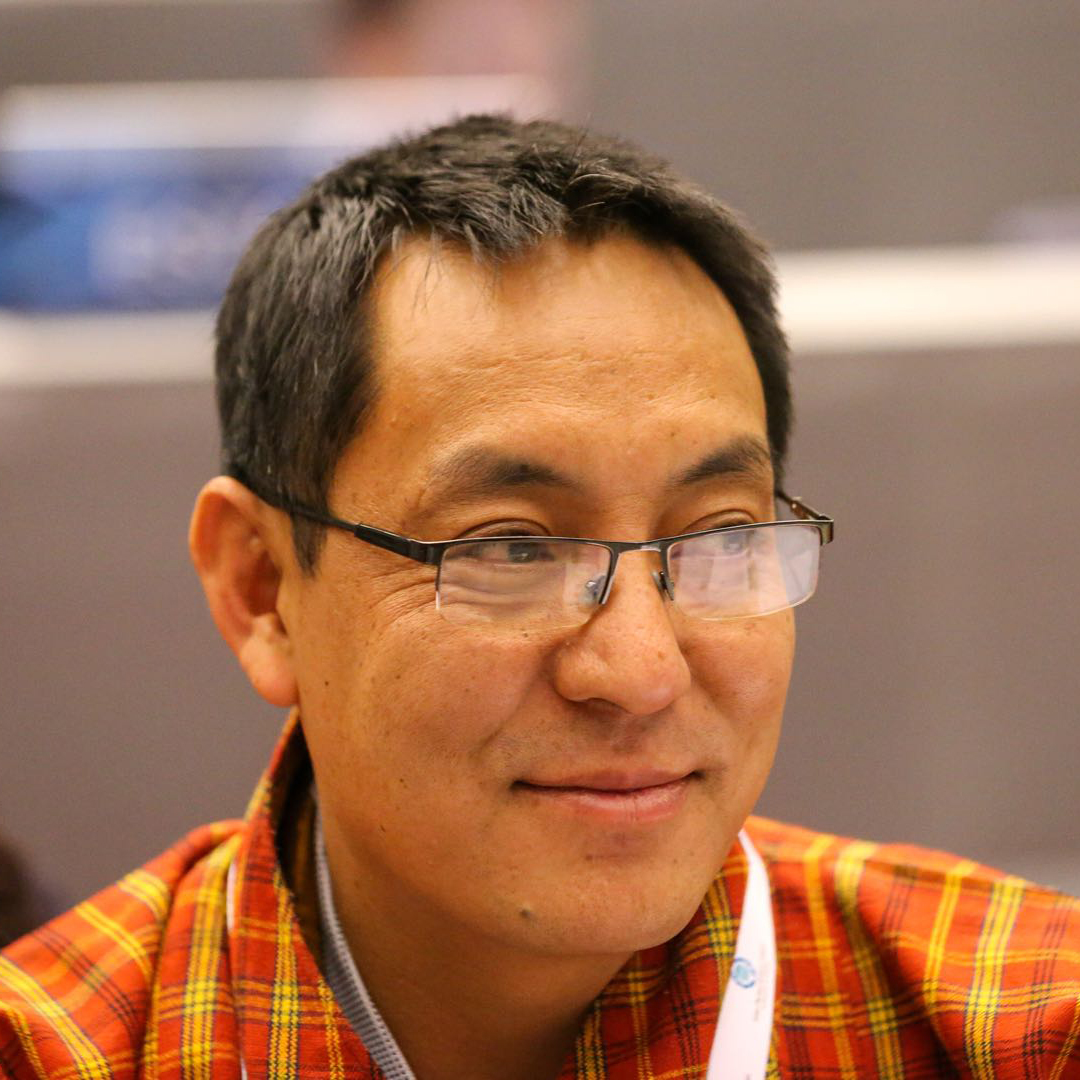 Comparative Perspectives on Bhutan as a Monarchy

The trilogy series of a talk on the Institution of the Bhutanese Monarchy by Dasho Dr. Sonam Kinga has been specially curated to commemorate the momentous 113th National Day of Bhutan. The Part-I of this series will provide a comparative analysis of Bhutan’s Monarchy vis-zà-vis other monarchies and similar establishments around the world. Dasho provides a scholarly perspective on what makes us unique—one of a kind “Monarchy” in the world—and where we stand today as a nation.

We have come a long way—from a monastic government in the seventeenth century under Zhabdrung Ngawang Namgyel to the historic establishment of the hereditary monarchy with the enthronement of Gongsar Ugyen Wangchuck as the First King of Bhutan on December 17, 1907. A hundred years later, the world witnessed yet another unprecedented event in history as Bhutan transitioned to a Democratic Constitutional Monarchy in 2008. As some observers say, the monarchs in Bhutan persuaded and convinced people to accept democracy.

Such a profound level of trust and faith between the Monarchs and the people is a ‘Special Blessing’ that perhaps only Bhutanese can comprehend and cherish. The burgeoning trust, love, and unwavering faith and respect by Bhutanese people of all generations is a testament to the selfless service and leadership of the successive sovereigns of the Wangchuck Dynasty. 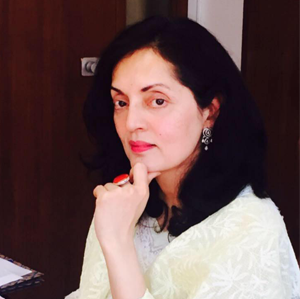 Ambassador of India to Bhutan

Women Leadership in the 21st Century

The dynamics of professions around the world are changing at a rapid pace, so is the pattern of the gender-based division of leadership that is transitioning to accommodate more women in the fields which were once considered patriarchal strongholds.

There is no denying that women have sailed a long way in adding diversity to the workplace and continues to make slow yet steady strides in various leadership positions. We are also witnessing more women appointees in the international hierarchies and senior leadership positions as compared to the past decade or so that is gradually leveling the playing field and opening new dimensions for women altogether.

Her Excellency shares her perspectives on ‘Women Leadership in the 21st Century’; her career in foreign service that has mostly been a male-dominated sphere until less than a decade ago, impression of women leadership in Bhutan and her advice to the younger generation among other powerful messages. 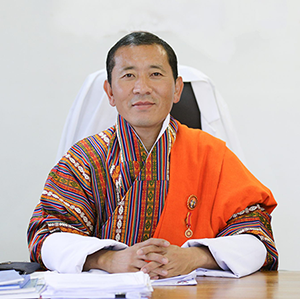 Governing Amidst a Global Crisis

The government campaigned and won the elections with the overarching goal of ‘Narrowing the Gap’. However, as the pandemic derails the 12th FYP, stalls economic development activities, and continues to disrupt the social sectors, it is likely to exacerbate the problem of inequality as much as it affects the country’s overall growth.

Exercising astuteness in mitigating the immediate socio-economic impacts of the pandemic while at the same time, formulating long-term cushion plans, remains both a priority and a challenge.

In this inaugural episode of the RIGSS Podcast, His Excellency the Prime Minister speaks on the 21st Century Economic Roadmap, Bhutan’s response to the pandemic so far and lessons learnt to build back better. His Excellency also shares his views on the prospect of Bhutan’s graduation from LDC by 2023, and underscores the importance of good bilateral and multi-lateral relations and global solidarity. 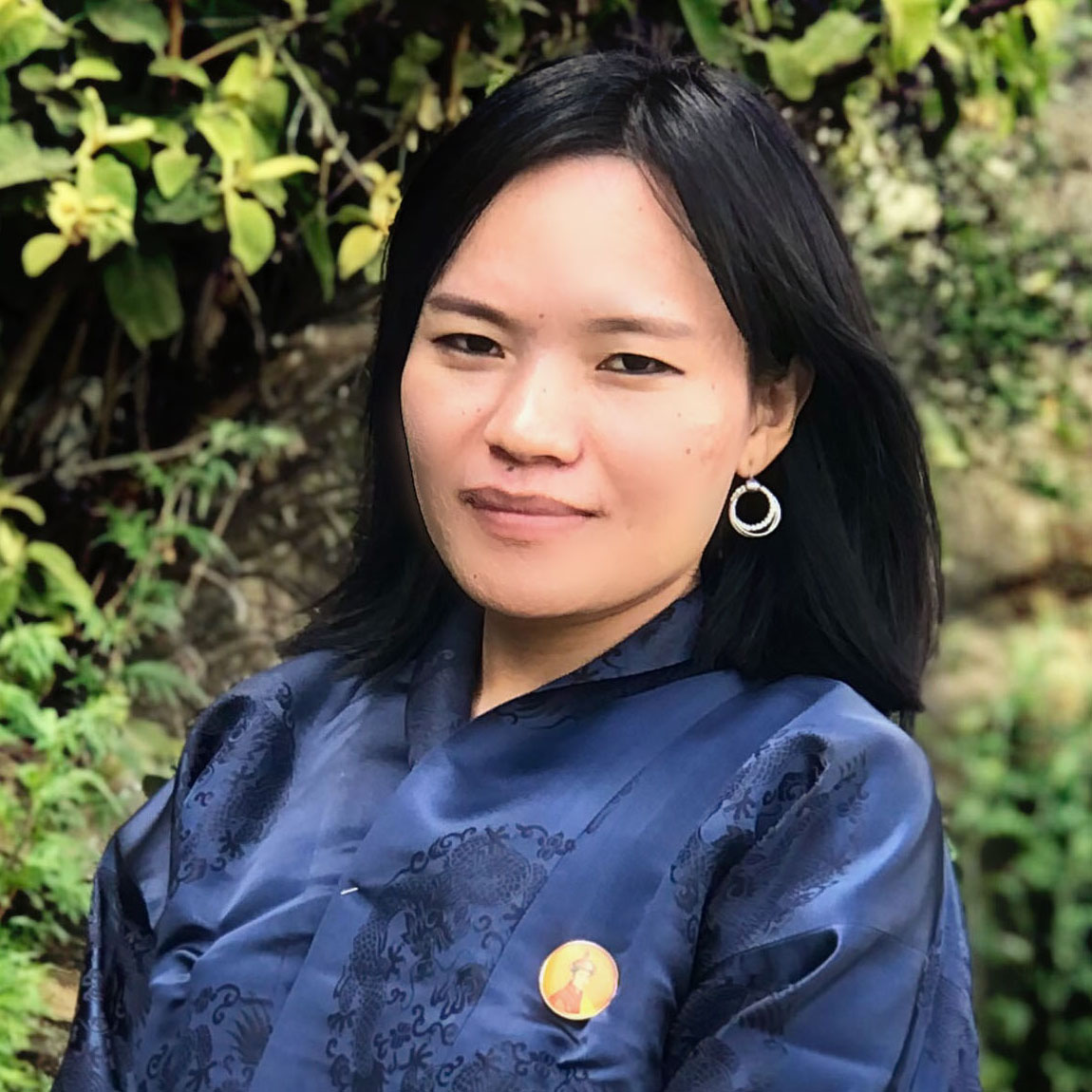 Sonam Yangdon is a Media and Public Relations Officer at the Institute.

You can also listen to the RIGSS Podcast on: 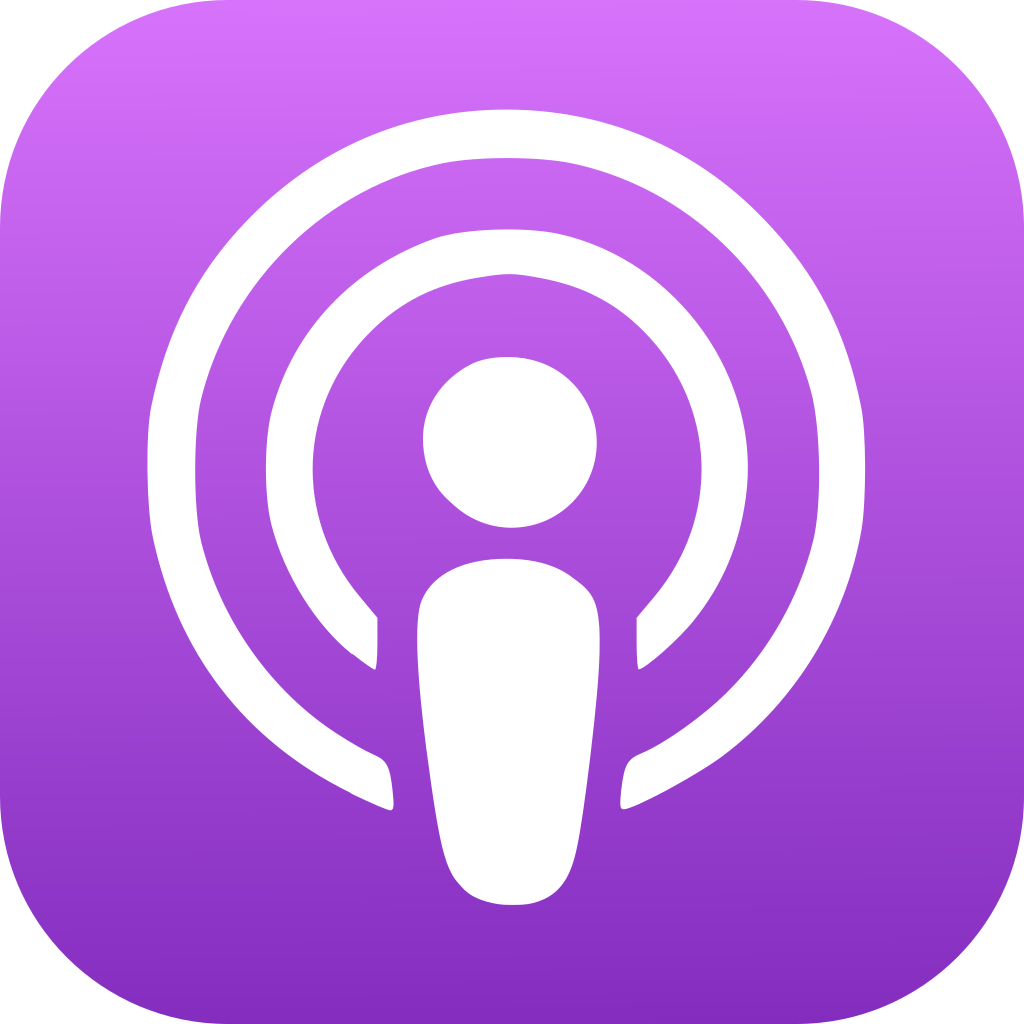 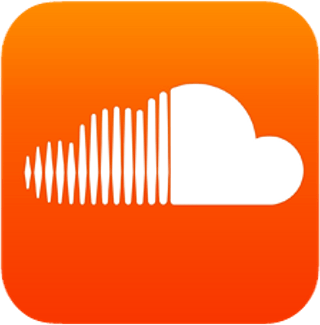 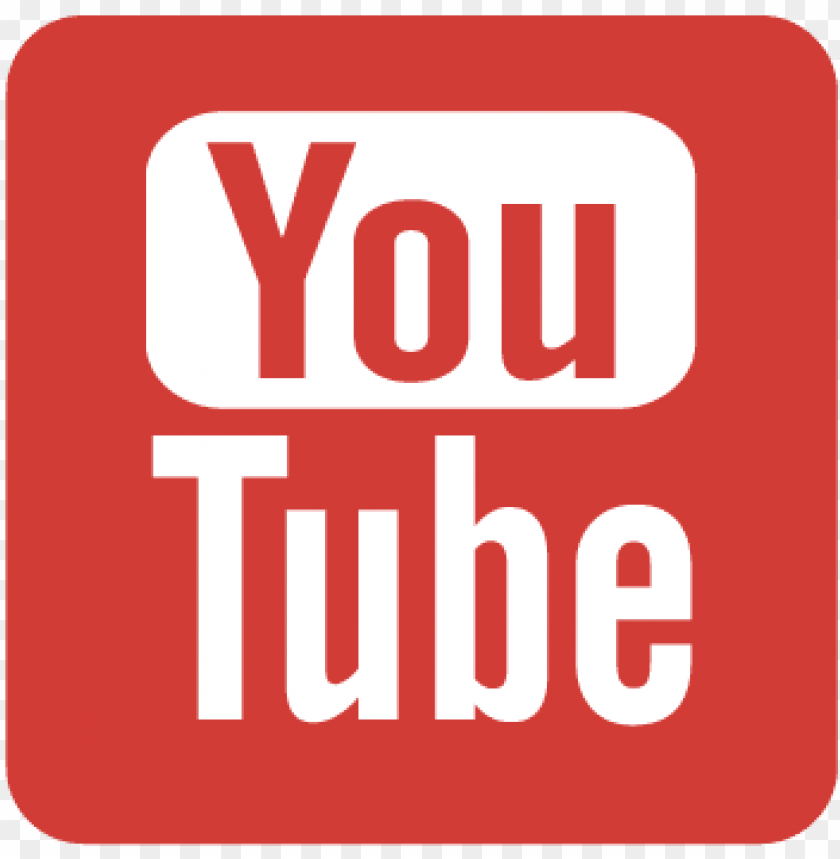