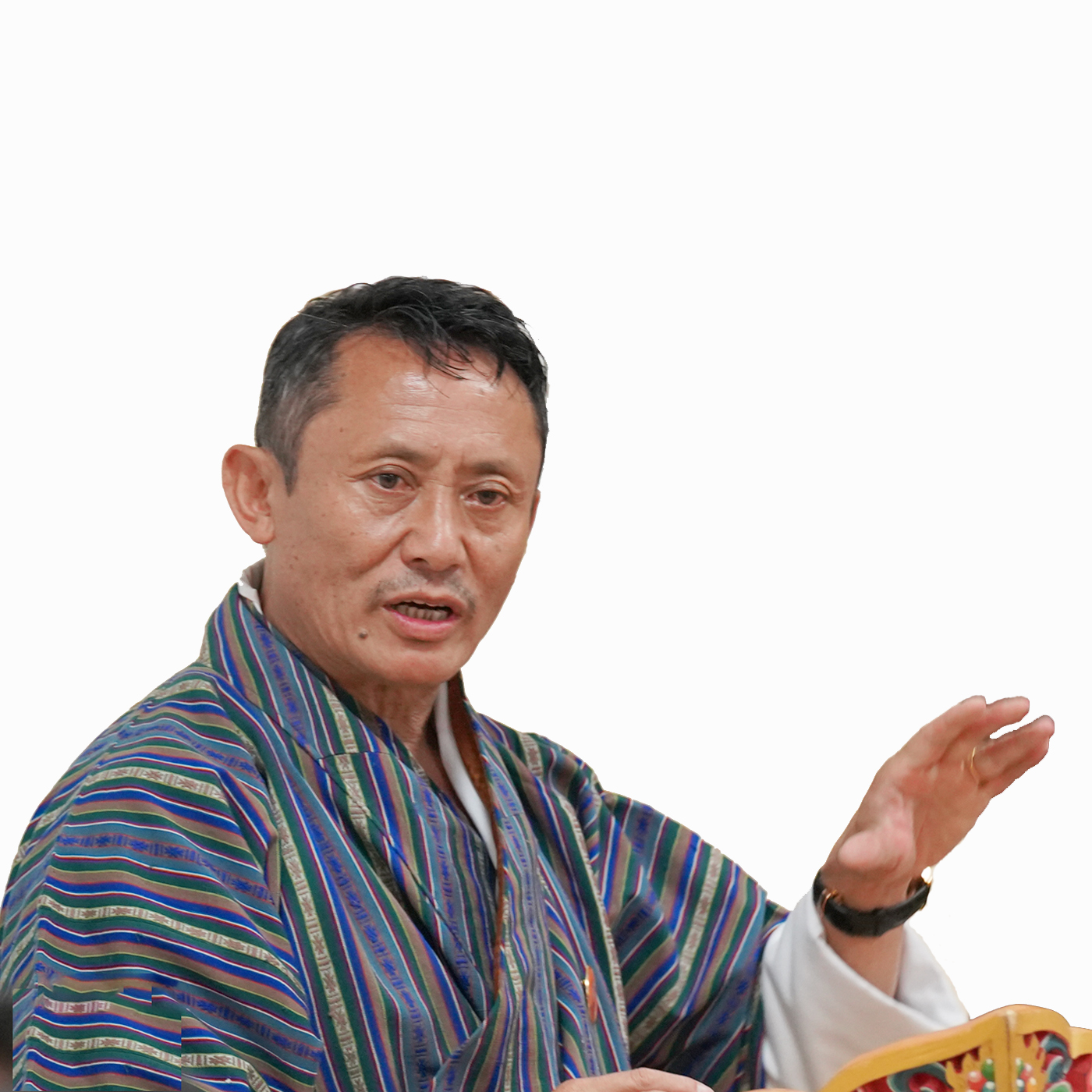 Leadership of the Self

Dasho Karma Tshiteem was the first Secretary of the Gross National Happiness Commission and later served as the chairperson of the Royal Civil Service Commission. He is perhaps the first, if not the only, to study the intrinsic concept of ‘Leadership of the Self’, and delivers lectures and sessions inspired by it. He is also a member of the governing board and faculty at RIGSS. Dasho was awarded the Red Scarf by His Majesty the King in December 2015. Currently, Dasho works for the Gyalsung National Service Programme.

Leadership of the Self – What it means and entails

Inspired by His Majesty The King’s address during the convocation at the University of Calcutta in India where His Majesty stated, “What we need is not a leader to lead the masses - we need Leadership of the Self”, the Royal Institute for Governance and Strategic Studies is guided by this profound wisdom in all its leadership development programmes.

This pandemic has, among others, clearly defined and exuded ‘Leadership of the Self’ in action through an extraordinary exemplar in His Majesty The King. That Bhutan has been a success story thus far in dealing with the pandemic is inspired by the role model-ship provided by His Majesty, which has greatly helped in navigating the country through these turbulent times with direction, fortitude and unity.