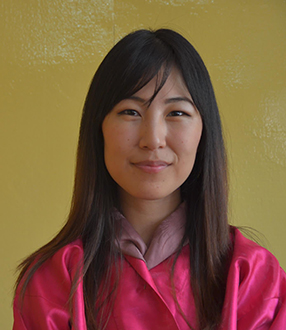 In June 2017, as part of the first Foundational Leadership Program offered by RIGSS, we spent a week in Chimuna Village, Lokchina Gewog under Chhukha Dzongkhag to get a deeper understanding of the development challenges and potential in our rural communities. One of the highlights of our time there was the visit to the local school — Chimuna Primary School. While we were touched by the incredible welcome that we received from the principal, teachers and students, and enjoyed our interaction with them, the challenging environment in which these students are being educated left a deep impression on me. Besides issues pertaining to acute teacher shortages, the school had several challenges, such as lack of proper toilets for the students and the distance they had to walk from the dorm to the traditional pit toilets. A glimpse into a dorm room showed thin plastic mats laid down on the floor for students to sleep on. Another distressing sight was a student with a big sore on his nose. Its cause, as revealed by the student, was due to leech infestation from drinking water from the stream, which apparently was not uncommon in the village.

This was the reality of early-years education in rural areas such as Chimuna. Unfortunately, it does not even begin to scratch the surface of all the challenges people in rural areas face regarding education — for both students and teachers.

This scene provides the premise for this reflection piece. Until we prioritize early education, until we bridge rural-urban education disparities, and until we equalize opportunities for children born into disadvantaged backgrounds, we cannot accomplish His Majesty The King's vision for Bhutan to become a self-reliant and fully-developed country within our lifetime. Higher investment and expanding support for early-years education to prepare our children for the new realities of the twenty-first century must lie at the heart of the new education reform. 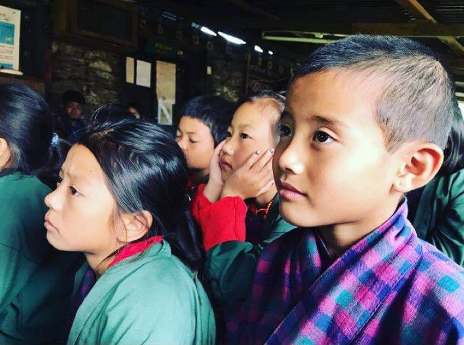 His Majesty highlighted the need to transform our education system so that our children develop abilities for critical thinking, creative thinking, and learning to be lifelong learners to tackle the challenges of the increasingly progressive and fast-changing world. According to a large body of research, the key to such kind of education is timing. There is uncontested evidence that shows that the ability to learn is established very early on in one's life since much of a child's brain is developed before the age of five. There is also evidence that shows that investing in children's education within this critical window has positive effects in developing cognitive and socio-behavioral skills, which later aid in learning in adulthood. Moreover, investing in early learning and development is also a powerful equalizer since it provides opportunities for children from less advantaged backgrounds to succeed in life. Hence, early childhood care and development (ECCD) programs are extremely critical.

While the ECCD program is identified as a national priority in Bhutan since the ninth Five Year Plan, and programs pertaining to expansion of ECCD centers, professional development of facilitators and ECCD-related policy development and advocacy have been carried out, much more remains to be done. According to the report on the evaluation of the ECCD program in Bhutan, access to center-based ECCD program is still low. The proportion of children aged 3 to 5 years in the country attending ECCD is only 23.71 percent as of 2020. Moreover, there is also a wide variation in the provision of ECCD programs by district with a greater provision in more urban areas than the rural areas. This is further exacerbated by the fact that privately-owned ECCD centers are concentrated in the urban areas, and since these centers charge fees, they cater only to children from families who can afford to make the payment.

According to the Annual Education Statistics (AES) 2020, private ECCD centers have the lowest children-facilitator ratio, which means the availability of facilitator services to the children is higher in private ECCDs than the other centers. As per the report on the evaluation of the ECCD program in Bhutan, children who attended ECCD are already found to be more ready for formal school than those who did not. Hence, if the gaps in access and quality of early education in the rural areas are not addressed, the differences in the performance of children from different social groups will continue to worsen, and the children from the most disadvantaged backgrounds will continue to remain at risk.

His Majesty has constantly reminded us that as a small nation, we must build a strong foundation for technology if we are to thrive in the twenty-first century. The wave of technological change and the pace of digital transformation is opening opportunities for social and economic advancement. However, the trends globally show that the accelerating pace of digital transformation is now favoring the highly skilled and those who live in the urban areas. If not managed properly, there are risks of exclusion of those who are not digitally connected, which could further exacerbate disparities between rural and urban Bhutan.

Currently, while the lower, middle and higher secondary schools have internet connectivity, 43.9 percent of the primary schools in the country are yet to gain internet access. These schools are predominantly in rural areas. Moreover, according to AES 2020, 10.6 percent of public schools do not have electricity. Contrary to their peers in urban areas, children in rural areas are more likely to be deprived of technologies such as smartphones, personal computers, and internet access, which have now become pre-requisites of learning due to the pandemic. If left unaddressed, these gaps will set back learning for students in the rural areas and lead to greater socio-economic costs to society.

Hence, to tap into the power of technology and to thrive in the digital age, we must invest early and invest smartly. Integrating technology into schools must start with providing access and opportunities to the rural primary schools first. That is where the need is the greatest and the highest returns on investment generated in the long run.

Drawing inspiration from His Majesty The King, the biggest service we can provide as public servants is to create an environment where everyone has a sense of purpose. For me, one of the greatest reminders of it came when some of the students of Chimuna Primary School shared with us their ambitions in life—an engineer, a pilot, a couple of boys wanted to join the army, while another chimed in to say that he wanted to become a teacher to help his community. They expressed their desire to go to college—the first in their families for most. These answers and the hope that laced each one was really quite moving. Despite being educated literally in the poorest of circumstances, they remained positive and believed sincerely in the power of education. Hence, we cannot fail them. More importantly, we cannot fail the trust and faith bestowed upon us by His Majesty to transform our education system so that EVERY Bhutanese is enabled to take our great nation forward into the twenty-first century. 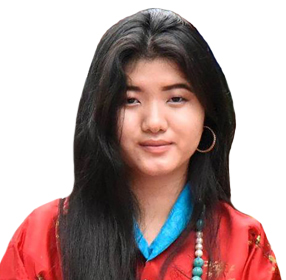 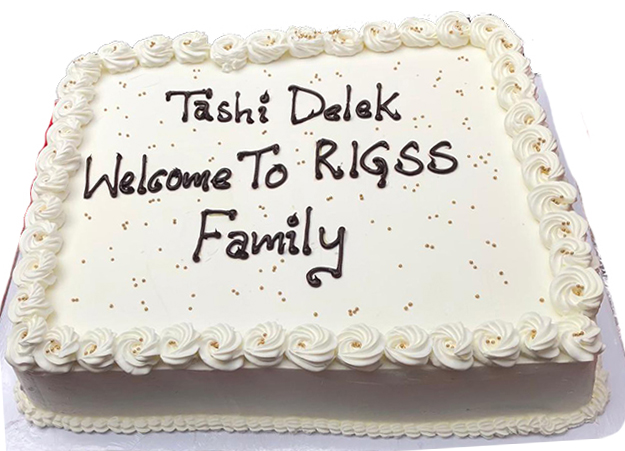