TOWARDS A DEVELOPED GNH COUNTRY 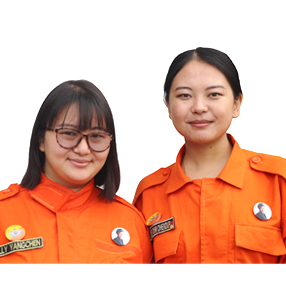 His Majesty The King has set the vision for Bhutan to become a self-reliant and a fully "developed" country within our lifetime. We now need to reflect on what the term truly means and what it really entails. In its basic sense, a developed country is associated with a high Gross National Income (GNI) and Gross Domestic Product (GDP) per capita, advanced technology and infrastructure, and an overall decent living standard of people. But is this all there is to development?

The World Bank quantifies development based on the GNI per capita of a country. While countries with GNI per capita of $12536 or higher are high-income and developed, countries with GNI lower than that are categorized as developing. The income thresholds are updated annually to adjust for inflation (Serajuddin & Hamadeh, July 2020). However, quantifying alone cannot measure development, as indicated by the limitations of GNI where rich countries may lack in other aspects of social wellbeing. For instance, although Equatorial Guinea falls under the upper-middle-income classification, it has poor health and education facilities (Assa, Oct. 2020).

Thus, development goes beyond economic prosperity. Today, there is a growing emphasis on social welfare and human wellbeing to complement development. For Bhutan, however, this is not a new concept. Our development idea revolves around the guiding philosophy of Gross National Happiness (GNH), which His Majesty has defined as "development with values." As the world rethinks development in the 21st century, GNH continues to gain widespread popularity. Similar to GNH, the Human Development Index (HDI) of the United Nations Development Programme (UNDP) takes into account qualitative factors such as health, education, and life expectancy along with economic growth. HDI is assessed on a scale from 0 to 1, where the developed countries score above 0.8.

While GNI and HDI offer a good measure of development, according to the United Nations Statistics Division, there is no set criteria or convention to define development. These indicators only give us a surface-level understanding of a country's developmental status. However, we need to delve deeper into this idea of development, which is more than just having a strong economy and the resources to provide adequate and advanced facilities. It is a common perception that poverty is an issue of only the underdeveloped and developing countries. However, the reality is that there is an alarming number of people living under the poverty line in the developed countries as well. At this rate, inequality is only growing with development as the gap between the rich and the poor widens. This is not true development.

In that sense, development is inextricably linked to equity, and with equity comes accessibility and affordability of the services available. Rich countries may have the best healthcare and education systems, but what is the point of having such facilities if the underprivileged and vulnerable sections of the society - those who need them the most - cannot avail them. A country can be considered developed when it not only has a strong and secure economy but also ensures effective public service delivery. The pandemic demonstrated how ‘developed’ countries like the UK and the US could not respond efficiently to a crisis despite having the ability to do so. On the other hand, developing countries like Bhutan have been gaining global recognition for their efforts in combating COVID-19 (Drexler, Feb. 2021). Dr. Jacob Assa, in his article, What is a Developed Country? distinguishes “a truly developed country” as having “both the means and the will to take care of all its citizens, in good times as well as in crises.” This perspective is perhaps a more profound way of defining development, one that is contextual as well as complex, and goes above the measures of GNI and HDI.

As a Buddhist country that emphasizes GNH more than GDP, Bhutan already upholds the values that align with this holistic understanding of development. This gives us the advantage of approaching development from a Bhutan-centric perspective like we embraced democracy, one that is suitable and customized to our society's needs and values. His Majesty The Fourth Druk Gyalpo’s quote, “Gross National Happiness is more important than Gross Domestic Product” in the 1970s clearly established our country’s stand on development that promotes wellbeing over wealth, progress over prosperity. However, this approach does not disregard the significance of economic growth, for GNH and GDP are not mutually exclusive. GNH is not a hindrance to GDP but an extension of it. Following the four pillars of GNH in pursuit of growth is the essence of ‘development with values.’ This is our aspiration for development, which goes beyond merely measuring material values such as production and consumption. In this regard, Bhutan can be a developed GNH country and can potentially play a crucial leadership role in promoting this alternative indicator of development.

Bhutan already has some pragmatic and strategic policies in place; we just need effective implementation and administration. We ought to capitalize on our unique culture and tradition instead of compromising them in the name of progress like in the case of most developed countries. Development does not necessarily have to come at the expense of our values, ethics and the environment, which Bhutan has been mindful of since the beginning.

We must continue working towards increasing exports and import-substitutes, ensuring self-reliance while generating higher per capita income. To keep pace with the changing times, a small country like ours needs to focus our investment in leading technologies and research, thereby increasing employment and reducing poverty. We can target the growing agri-business sector in the country to achieve these goals of promoting self-sufficiency and entrepreneurial opportunities (YPLP-2, RIGSS, 2016). Similarly, developing Bhutan's renewable energy sector will be a great platform for revenue generation and job creation. We can improve the quality of our essential services like health and education, which we are fortunate to have free access to. Further, enhancing the efficiency, creativity, and intellectual capacity of our civil servants will be crucial to achieve our higher developmental aspirations.

Above all, we have to uphold our strong values and culture of a sovereign nation, which ultimately comes down to good leadership at both individual and community levels. As responsible citizens of this country, we must constantly aspire to be better and more productive human beings by upholding the very principles and morals that define us as Bhutanese. And at the end, our pursuit of development must result in the creation of a just, equal and harmonious society which His Majesty The King constantly reminds us of.